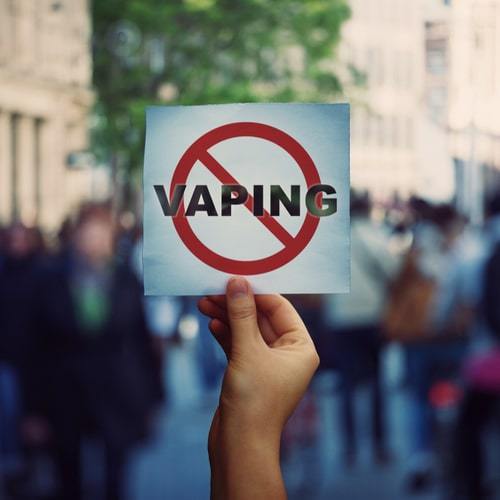 If you somehow didn’t know that vaping is dangerous for young kids, teens, and young adults, let’s set the record straight. Yes, vaping is very dangerous. If you’re still not convinced, or your teen isn’t, here are factual warnings and risks associated with vaping.

Because vaping and e-cigarettes are still not regulated, we are now just beginning to understand all the health risks associated with these devices.

For the past decade, vaping has become the latest trend among young people. Originally marketed as being safer than cigarettes, many parents allowed their teens to use e-cigs. With time and research, scientists have discovered that this statement is not at all true, and that vaping may be even worse than regular cigarettes.

The risks include some of the following:

In the fall of 2019 the CDC issued a warning to the general public about the dangers of vaping and suggested no one should use these products. In the previous 2 months, the media had been covering stories about the dangers. At that time almost 1300 severe lung cases had been reported and there had been 26 deaths.

Vaping-related illnesses are rising. Shortness of breath, chest pain, and severe breathing issues are only a few of the serious symptoms that have been reported. In addition, there have been unexplained respiratory illnesses and gastrointestinal problems. In the summer of 2019 these patients experienced nausea, vomiting, coughing, shortness of breath, fever, and weight loss. All had used e-cigarettes within 90 days of the onset of their symptoms.

EVALI is the name given to this vaping-related illness. The acronym stands for E-cigarette or vaping product use associated lung injury. As of December 2019, there have been 2291 cases in the hospital with EVALI, and as of December 3, 2019 there have been a total of 48 vaping deaths confirmed in 25 states and the District Of Columbia.

The bottom line is that vaping is dangerous and risky for teenagers. Make an appointment with your primary care doctor at High Lakes Health Care if your teen is still not convinced about the warnings and risks associated with teen vaping. We are here to help.