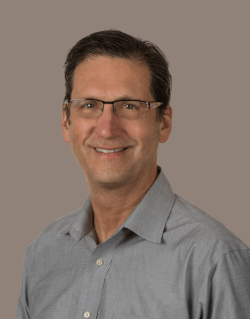 Dr. Brent Wesenberg attended the Medical College of Wisconsin and then trained in Emergency Medicine in Central California. He and his wife Mary then moved to Port Townsend, WA where he was Medical Director of the Emergency Dept. for 14 years. Accompanied by Mary and their two children, they chose a 2-year working adventure in New Zealand. He was the first ER Director at a large Auckland Hospital.

In 2007, Dr. Wesenberg and his family moved to Central Oregon to pursue a transition to Urgent Care. During this time, he also served as Medical Director of eight urgent cares for Samaritan Health in Willamette Valley. He has been the Supervising Physician for the Mt Bachelor Ski Patrol for the last 8 years combining his families love of skiing/boarding and his medical career.

Along with his family he enjoys all things central Oregon: skiing, snowboarding, biking, SUP, and yoga. Their two children both graduated from Bend High and then finished graduate degrees. To their parents’ delight, they both now live not too far away in Portland.

Dr. Wesenberg enjoys the diagnostic challenge, teamwork, and wide variety of patients in Urgent Care. He feels honored that patients allow us into their private lives on such short notice.